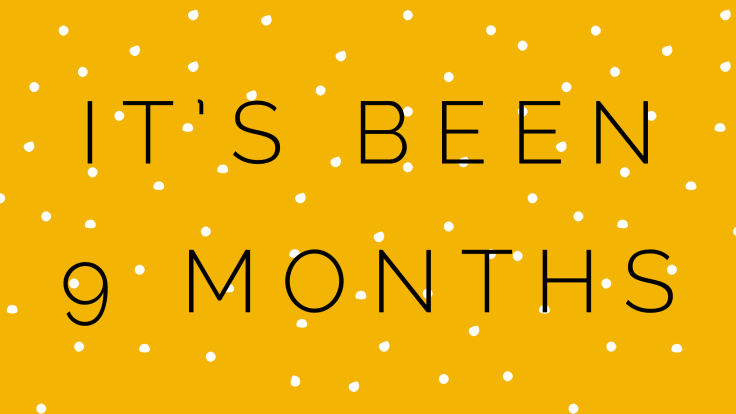 It’s been nine months and this month just happened to be Sexual Assault Awareness Month (SAAM).  I participated in several events to help bring more awareness to such a taboo topic.  There was Teal Tuesdays, NSVRC’s 30 days of SAAM on Instagram,  I attended Break the Silence at Berry College which was an event put on by Fight Club which is a community impact group.  I also participated in The Walk hosted my our local sexual assault center.  It was so moving to see so many women (and men!) walking downtown to bring awareness.  Hidden behind my sunglasses, I cried.  So many men and women are affected by this either directly or indirectly…the final event I was to attend and share my story was postponed due to weather.

In the last nine months, I have opened up more, sharing my story with more people, unafraid of what they may think or say.  The depression is gone.  The freedom I’ve spoken about before is still there, nobody can take that away from me.  I still have a long way to go to get to where I want to be.  There are still some days when I feel like retreating and not want to deal with anybody, but don’t we all have those days?

The coming weeks will be busy as my kids wind down their school year and all move on to the next grade (and schools).  Lots of activities before we head off on our annual family vacation at the end of the month at Walt Disney World.  Looking forward to making memories with my babies…if anyone else happens to be at Disney the last week of May and sees me, say hi!